Facts about the Savanna Biome 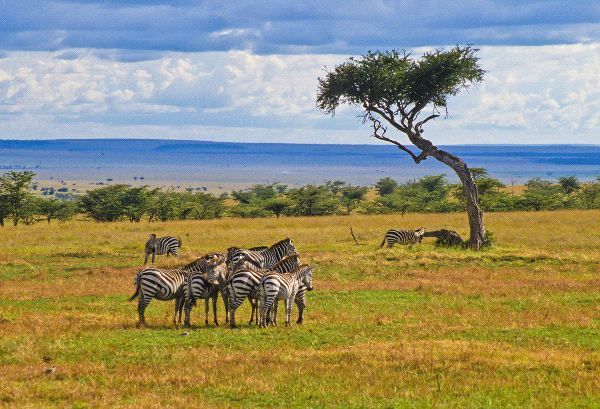 The savanna biome is characterized by a dry season followed by a rainy season. They're in the middle of a meadow and a woodland. They may also be found in the same biome as other biomes. In Africa, South America, India, and Australia, savannas may be found.

Facts about the Savanna Biome:

The savanna biome is mainly made up of grass, with a few trees thrown in for good measure.

Many grazing animals take advantage of the plentiful food source on the savanna because of the abundance of grass.

Elephants, zebras, gazelles, and buffalo are among the herbivores found in the savanna biome.

Africa is home to the majority of the savanna biome.

The savanna covers almost half of Africa.

The availability of food varies throughout the year due to the savanna biome's long periods of wet and dry climate.

During the dry season, some animals spend so long without water that they barely make it to the rainy season alive.

Rainfall averages 59 inches in the savanna habitat. The majority of this takes place during the rainy season.

The savanna biome has a variety of soil types, but none of them are ideal for farming.

The animals and plants of the savanna biome are completely reliant on one another for sustenance. The ecology would be changed if one type of animal disappeared.

In the savanna ecosystem, climate is very significant. The animals and plants will not be able to survive if the rainfall reduces and/or the temperature rises.

The African savanna is a popular tourist destination, but the introduction of cars and people into that ecosystem has a negative impact on the flora and animals that live there.

The savanna is consistently warm throughout the year. The temperature is more comfortable during the rainy season, with an average of 63° F.

The savanna ecosystem has a lot of herbivores, which attracts a lot of predators. Fastness, size, and height are all characteristics that herbivores have evolved to help them avoid predators.

Because the savanna ecosystem has a lengthy dry season, its flora have adapted to it. Some plants store water in their roots, while others reach deep into the earth to get water from the water table.