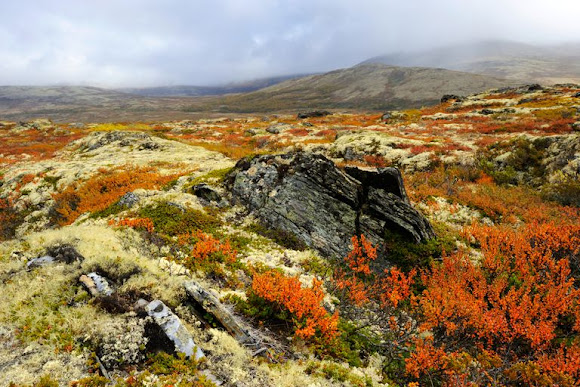 The tundra biome is a kind of habitat found in the Arctic Circle, near the North Pole. It is, without a doubt, the coldest of all biomes. Winters are very cold, with temperatures often falling below -34° C. Summers are short, lasting just approximately two months, and temperatures are still extremely chilly, ranging from 3 to 12 degrees Celsius. Despite the high temperatures, this ecosystem is nevertheless able to support life. There are a variety of creatures, insects, and even plants that flourish there.

Facts about the Tundra Biome:

The term tundra is derived from the Finnish word tunturia, which meaning "country without trees."

In the tundra ecosystem, animal populations change with the seasons. During the winter, some animals choose to hibernate, while others move to warmer climates.

Most organisms obtain their nutrition from the decomposition of dead organic material due to the high temperatures.

Although certain portions of populated places, such as Alaska and Canada, are considered part of the tundra biome, most people have not visited the tundra due of the severe circumstances.

In the tundra biome, there are just a few trees. A thick layer of soil stays frozen under the snow and ice, preventing deep-rooted vegetation such as trees from growing.

There are approximately 400 distinct floral types in the tundra biome, but only 48 different creatures.

The tundra biome spans about 20% of the Earth's surface.

Despite the fact that Antarctica is not situated in the Arctic Circle, it is classified as a tundra biome due to its very cold temperatures.

The tundra biome is the driest environment on the planet. The annual rainfall averages 10 inches.

It is daylight 24 hours a day throughout the summer.

The tundra biome has a number of oil mines and oil rigs. The construction of such complexes often wreaks havoc on the environment's delicate balance.

The polar bear is the biggest mammal that lives in the tundra environment. They consume fatty foods to keep their energy levels up throughout the long winters.

Plants in the tundra biome often grow in groups to defend themselves from the harsh winter winds.