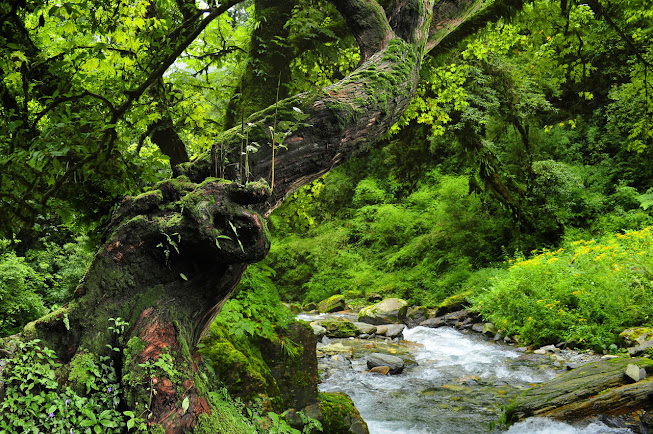 Facts about the Tropical Rainforest Biome:

Rainforests are vital because the water they generate evaporates and is then utilized as rain in other parts of the world.

The tropical rainforest's typical temperature stays between 70 and 85 degrees Fahrenheit.

As the name suggests, the tropical rainforest is extremely wet. In a single year, the rainfall may exceed 400 inches.

Orchids are an epiphyte plant that may be found in the tropical jungle. It thrives on the surfaces of other plants, most often trees.

Hundreds of different tree species may be found in the tropical rainforest.

In the tropical rainforest, there are approximately 2,500 distinct vine species. Some of them are as thick as a human being's girth.

Tropical rainforests are one of the oldest biomes on the planet, and as a result, they are home to a diverse range of creatures.

The tropical rainforest is home to about half of all known plant and animal species.

There are certain tropical rainforests that have existed since the time of the dinosaurs.

In the tropical rainforest, the majority of the creatures dwell in the trees. They can find all they need there and only have to descend to the forest floor on rare occasions.

The bulk of living organisms in the tropical jungle are insects.

Many culinary spices, including as vanilla, allspice, and black pepper, are found in rainforests.

Some individuals prefer to live in the tropical rainforest and work as farmers to provide the food and spices that are consumed by the general public.

The tropical rainforest biome is responsible for the bulk of oxygen generation in the air we breathe due to its abundance of trees.